50-plus proves a success again 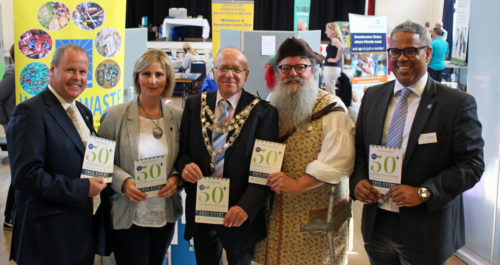 Hundreds of people attended a 50-plus information day in Wimborne, the latest one organised by Douch Family Funeral Directors. 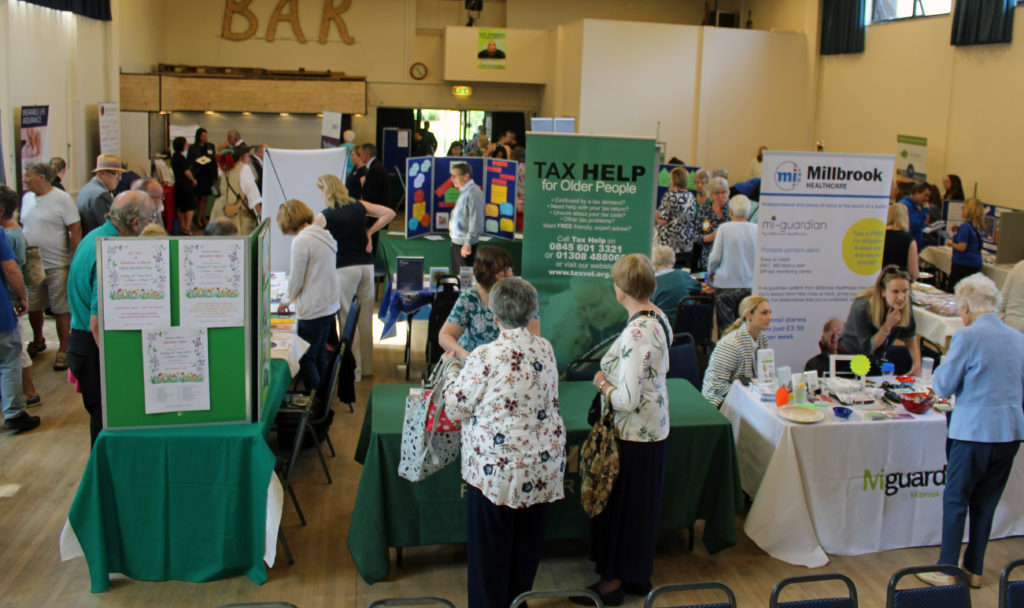 There were over 40 stalls offering advice and opportunities to those who visited the Allendale Centre.

Town crier Chris Brown spread the word in his own inimitable way and proceedings were opened by the mayor, Cllr Terry Wheeler.

Nick Douch, managing director of the group that has eight branches in Dorset, welcomed everyone to the event.

The event was supported by the Allendale Centre and POPP and also had volunteers and the fire brigade giving out free slippers that help prevent trips and falls in the home.

Emma Regan, from Douch Family Funeral Directors, said: “After the success of the last two 50-plus events we decided to hold one in Wimborne.

“It was very well received by people who came in large numbers and there was lots of positive feedback from those with stands.

“This was our third 50-plus event and the interest and numbers attending show that there a lot of interest in what’s on offer in our communities.

“We’re very grateful to everyone who took part, especially the dignitaries who attended, and we’re now considering where to hold out next one.”