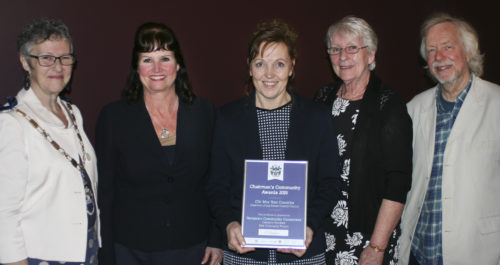 A buddy-system that launched in Ferndown last year has been highly commended in the mayor’s Volunteer Awards.

Ferndown Community Connectors is headed by PramaLife, the community outreach programme, and helps those in the town who have lost confidence.
The ‘connectors’ buddy-up with those who need company to visit new groups or societies.

Carol Davies from PramaLife, said: “It was absolutely brilliant to be recognised so shortly after we formed the group.
“We have a wonderful bank of buddies who assist people to reconnect back into their community by accompanying them to various clubs and groups, so they are not alone.
“Those who are recently bereaved or in need of confidence have found the service very useful.
“And it has been so successful that we intend to expand into the nearby villages and then possibly further afield.”