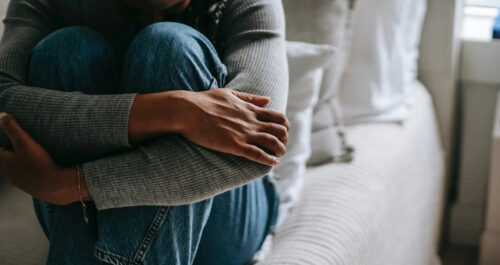 When a friend, family member or colleague suffers a miscarriage, it is sometimes difficult to know what to say and how to support them. Miscarriages are very difficult for both the woman and their partner to cope with. During this time, they need the support of everyone around them to help deal with the grief. Even in the earliest stages of pregnancy, parents form a strong emotional attachment to the baby. As a local funeral director, we have experience helping people through this difficult time. While everyone is different, from our experience running bereavement support groups there are ways to support people who have suffered a miscarriage.

It is important to acknowledge the loss that someone is going through. Our family funeral directors run local bereavement groups throughout Dorset. One thing we commonly hear from women and couples is that they feel isolated following the loss of their baby. The last thing you want is for someone to feel like they cannot grieve because they never met the baby. Suffering a pregnancy loss often comes as a shock, following the excitement about the future prospect of raising a child. Adjusting to the new reality is a difficult transition for people to make. Simply saying you’re sorry for their loss and that you are here for them will be of great comfort.

Listen to their feelings

When someone is suffering any kind of loss, try to make them as comfortable as possible. Don’t force anyone to speak about their emotions if they aren’t ready but let them know that you’re available to talk. It is okay to ask if someone is ready to talk about how they feel but let them lead the conversation. After suffering a miscarriage, it is likely that they will be feeling a range of emotions that they haven’t had time to process. What’s most important is that you give them a safe space to express themselves.

Choosing what to say

Something we hear a lot during our bereavement groups, is that people worry about saying the wrong thing. There are certain topics to avoid when consoling someone who has suffered a miscarriage. Try to stay clear of anything like “You’re still young” or “At least you weren’t too far along”. Anything which undermines the pain they might be feeling, as this can feel dismissive.

A nice way to show your support for someone who is suffering from pregnancy loss is by giving a sympathy gift. A sympathy gift does not have to be expensive or flashy, something to show someone you are thinking of them. Sympathy gift include sending flowers, cooking someone a homemade dinner or even a card with a personalised message. From our experience, people suffering from grief in our bereavement support groups just want a gesture to show that they’re supported.

If you or someone you know is suffering from grief because of a pregnancy loss, our bereavement support groups are here to help. We offer bereavement groups at our local funeral directors in Dorset. For more information speak to a member of our team by calling 01202 367307 or fill out our contact form.