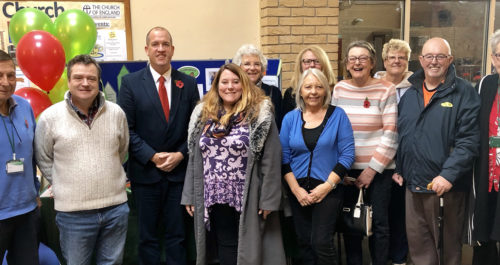 A new community initiative in Corfe Mullen has been created for the benefit of the elderly, vulnerable and infirm who need help around the house.

The scheme has already recruited 14 volunteers who are willing to carry out basic tasks.

Sue Reynolds who is behind the scheme said: “There are many people in the community who sometimes need small jobs doing.

“These include things like filling in forms, moving a piece of furniture, getting something out of the loft or putting batteries in a device.

“We don’t provide professional services, but do those little jobs that make such a difference to someone who is elderly or vulnerable.

“If someone has poor eyesight then to have a letter read aloud to them can make a huge difference.

“The other schemes have proved very popular and with the population getting older the service is only going to grow.”

Emma Regan from Douch Family Funeral Directors, who sits on the steering committee, said: “We are involved in some of the other schemes and know how helpful they are to people.

“These small tasks are nothing to a younger, fit person – but to someone who is old or vulnerable it can make a huge difference to their life.”