If You Could Choose Anywhere to be Buried, Where Would it be? 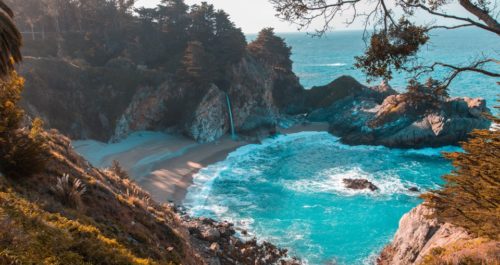 This got us wondering, if you could be buried anywhere, where would it be? Ecclesiastical Planning Services commissioned a OnePoll survey asking this question. The survey asked participants where they would like to buried ‘if anything were possible’ and the answers may surprise you!

The survey found that the majority of people would choose for a burial at sea for their eternal resting place. Though, only a dozen or so people are buried at sea ever year. Typically, people who are buried at sea are former sailors or navy personal but anyone can be buried at sea with a license from the MMO (Marine Management Organisation).

Natural and woodland burials were also a common theme in the survey responses. Choosing a natural burial is an eco-friendly option that is increasing in popularity.

A key difference with woodland burials is that they do not typically involve headstones, in instead trees are planted as a marker. In keeping with the environmental theme, individuals can choose to be buried in an eco coffin or casket, made from recycling materials.

One of the more unusual responses from the survey was to be buried in sentimental locations such as football team grounds. One Tottenham Hotspur fan responded that they would like to buried in the centre of the pitch at their former home ground, White Hart Lane.

Some respondents said that if they could choose anywhere, they would be floated out to space and turned into a firework display, which is a service now available in the UK for Cremated Remains Ashes.

“In natural surroundings or out at sea were easily the most popular answers people gave when asked where they’d like to be buried. We are seeing a lot of demand for natural and eco-friendly burials in the industry at the moment and these results are very much in keeping with that.

A lot of people we asked also said that they’d like to be buried with or next to a loved one who has already passed away, showing that people are still sentimental about death and dying.”

Douch Family Funeral Directors is a family-run funeral directors in Dorset. We take pride in our branches, that are dedicated to supporting the Dorset community. We host a range of community events, where people come together for support and to share stories. To learn more about our services or local events, contact our friendly team today on 01202 367 307 or email us at [email protected].

OnePoll Research of 1,000 men and women aged 50 and above on behalf of Ecclesiastical Planning Services, November 2017.